Czech company Tatra is the third oldest company producing cars and has an unparalleled history. The company was founded in 1850 as Schustala & Company, later renamed to Nesselsdorfer Wagenbau-Fabriksgesellschaft, when it became a wagon and carriage manufacturer. In 1897, Tatra produced the first motor car in central Europe, the Präsident automobile.In 1919, it changed its name again to Kopřivnická vozovka a.s., and in 1921 changed from the Nesselsdorfer marque to the Tatra badge, named after the nearby Tatra Mountains. 1933 to 1952 were the glory days of Tatra – the aerodynamic cars developed during this era stunned the whole world.

The 7X is brand new concept with typical Tatra´s identity, details and technical solutions based on futuristic package, modern shapes and long dynamic and luxury proportions. 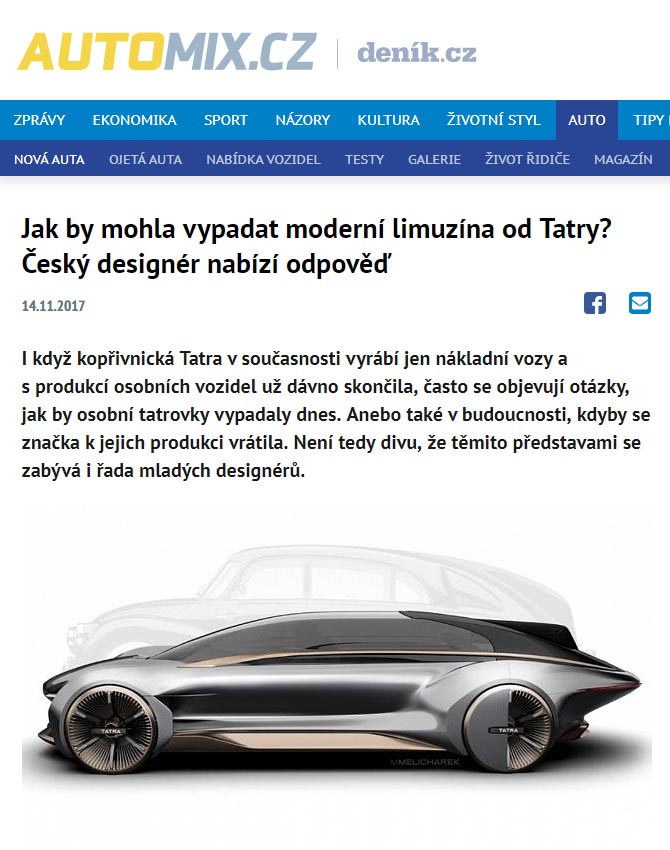 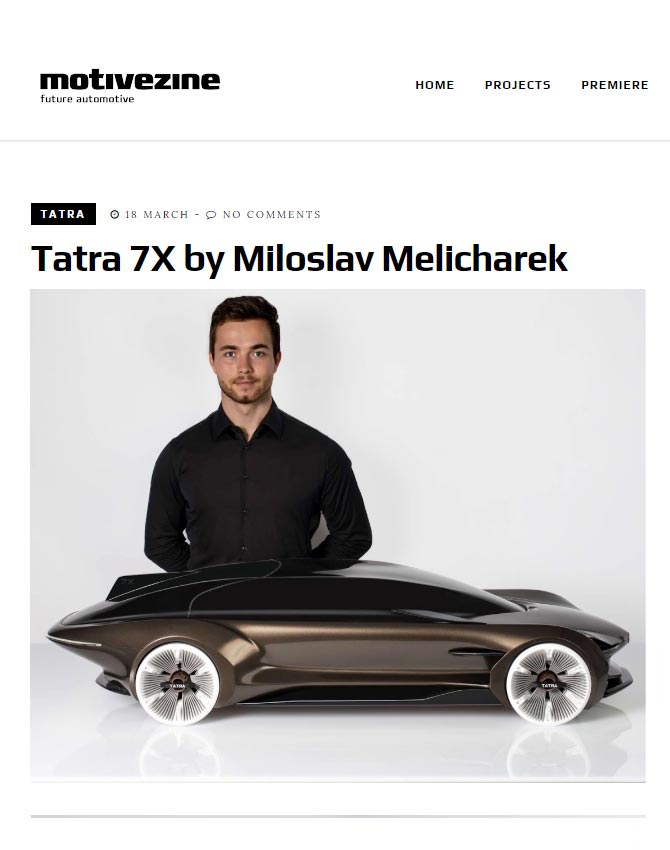